[Verset 168] «O mankind, eat from whatever is on earth [that is] lawful and good and do not follow the footsteps of Satan. Indeed, he is to you a clear enemy.»

[Verset 172] «O you who have believed, eat from the good things which We have provided for you and be grateful to Allah if it is [indeed] Him that you worship.»

[Verset 173] «He has only forbidden to you dead animals, blood, the flesh of swine, and that which has been dedicated to other than Allah . But whoever is forced [by necessity], neither desiring [it] nor transgressing [its limit], there is no sin upon him. Indeed, Allah is Forgiving and Merciful.»

[Verset 3] «Prohibited to you are dead animals, blood, the flesh of swine, and that which has been dedicated to other than Allah , and [those animals] killed by strangling or by a violent blow or by a head-long fall or by the goring of horns, and those from which a wild animal has eaten, except what you [are able to] slaughter [before its death], and those which are sacrificed on stone altars, and [prohibited is] that you seek decision through divining arrows. That is grave disobedience. This day those who disbelieve have despaired of [defeating] your religion; so fear them not, but fear Me. This day I have perfected for you your religion and completed My favor upon you and have approved for you Islam as religion. But whoever is forced by severe hunger with no inclination to sin – then indeed, Allah is Forgiving and Merciful.»

[Verset 5] «This day [all] good foods have been made lawful, and the food of those who were given the Scripture is lawful for you and your food is lawful for them. And [lawful in marriage are] chaste women from among the believers and chaste women from among those who were given the Scripture before you, when you have given them their due compensation, desiring chastity, not unlawful sexual intercourse or taking [secret] lovers. And whoever denies the faith – his work has become worthless, and he, in the Hereafter, will be among the losers.»

[Verset 87,88 ] «O you who have believed, do not prohibit the good things which Allah has made lawful to you and do not transgress. Indeed, Allah does not like transgressors. [88] And eat of what Allah has provided for you [which is] lawful and good. And fear Allah , in whom you are believers.»

[Verset 38] «And there is no creature on [or within] the earth or bird that flies with its wings except [that they are] communities like you. We have not neglected in the Register a thing. Then unto their Lord they will be gathered.»

[Verset 121] «And do not eat of that upon which the name of Allah has not been mentioned, for indeed, it is grave disobedience. And indeed do the devils inspire their allies [among men] to dispute with you. And if you were to obey them, indeed, you would be associators [of others with Him].»

«Those who follow the Messenger, the unlettered prophet, whom they find written in what they have of the Torah and the Gospel, who enjoins upon them what is right and forbids them what is wrong and makes lawful for them the good things and prohibits for them the evil and relieves them of their burden and the shackles which were upon them. So they who have believed in him, honored him, supported him and followed the light which was sent down with him – it is those who will be the successful.»

[Verset 5-7] «And the grazing livestock He has created for you; in them is warmth and [numerous] benefits, and from them you eat.[*] And for you in them is [the enjoyment of] beauty when you bring them in [for the evening] and when you send them out [to pasture].[7] And they carry your loads to a land you could not have reached except with difficulty to yourselves. Indeed, your Lord is Kind and Merciful.»

[Verset 14] «And it is He who subjected the sea for you to eat from it tender meat and to extract from it ornaments which you wear. And you see the ships plowing through it, and [He subjected it] that you may seek of His bounty; and perhaps you will be grateful.»

[Verset 115] «He has only forbidden to you dead animals, blood, the flesh of swine, and that which has been dedicated to other than Allah . But whoever is forced [by necessity], neither desiring [it] nor transgressing [its limit] – then indeed, Allah is Forgiving and Merciful.»

«[Saying], “Eat from the good things with which We have provided you and do not transgress [or oppress others] therein, lest My anger should descend upon you. And he upon whom My anger descends has certainly fallen.”»

[Verset 30] «That [has been commanded], and whoever honors the sacred ordinances of Allah – it is best for him in the sight of his Lord. And permitted to you are the grazing livestock, except what is recited to you. So avoid the uncleanliness of idols and avoid false statement,»

[Verset 34] «And for all religion We have appointed a rite [of sacrifice] that they may mention the name of Allah over what He has provided for them of [sacrificial] animals. For your god is one God, so to Him submit. And, [O Muhammad], give good tidings to the humble [before their Lord]»

[Verset 36] «And the camels and cattle We have appointed for you as among the symbols of Allah ; for you therein is good. So mention the name of Allah upon them when lined up [for sacrifice]; and when they are [lifeless] on their sides, then eat from them and feed the needy and the beggar. Thus have We subjected them to you that you may be grateful.»

«[ Allah said], “O messengers, eat from the good foods and work righteousness. Indeed, I, of what you do, am Knowing.»

«So pray to your Lord and sacrifice [to Him alone].»

Permanent link to this article: http://briansoft.home.pl/autoinstalator/wordpress/?page_id=2421⟨=en 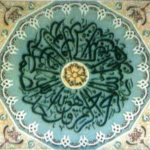 In the name of Allah – Most Merciful Most Compassionate CLOSING STATEMENT OF THE SPECIAL MEETING AGAINST NON MUSLIM INTERFERENCE TO HALAL ISSUES HELD IN ISTANBUL ON THE 13th &14th JUNE 2015 Whereas: * Halal is a divine obligation based on Qur’an and Prophetic teachings. * The distinctive identity and characteristics of a Muslim outlined in Prophetic tradition is adherence to the precepts of Halal * The interpretation, standardization, regulation, governance and application of Halal is regarded as an act of worship. * All acts of worship are predicated on faith and belief * Freedom of thought, conscience and freedom of religion are moral norms granted by human rights principles. …

Numerous scientists have proven that halal ritual slaughter is the best method of killing animals. As scientific research shows, it is very difficult to specify proper parameters of animal stunning devices. In the case of electric stunning (of poultry), it is related both to the weight of birds, the number of specimens immersed in tanks in which they are stunned and, of course, to the condition of animals. These are individual features that are difficult to calculate. Moreover, poultry is usually stunned in a water bath with the use of the continuous method (electrodes consist of a stirrup and electrolyte in which a bird’s head is immersed). This process is … 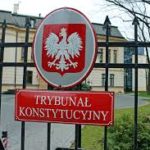