Numerous scientists have proven that halal ritual slaughter is the best method of killing animals.

As scientific research shows, it is very difficult to specify proper parameters of animal stunning devices.

In the case of electric stunning (of poultry), it is related both to the weight of birds, the number of specimens immersed in tanks in which they are stunned and, of course, to the condition of animals. These are individual features that are difficult to calculate. Moreover, poultry is usually stunned in a water bath with the use of the continuous method (electrodes consist of a stirrup and electrolyte in which a bird’s head is immersed).

This process is carried out for at least several birds, therefore one must take into account the total amperage between two electrodes, depending on the number (or weight and condition) of birds stunned at the same time. Moreover, current parameters are also important. Increased suffering caused by electric stunning and the resulting intensity of wing flapping by birds subjected to this activity results in a considerable loss of their energy and, as a consequence, the lowering of pH in muscles. What is more, high temperature of carcasses causes protein denaturation and contributes to the occurrence of the PSE syndrome in meat.

In the case of cattle, mechanical stunning with the use of a bolt, which painfully punctures the skull, is used. Only after the immobilization of an animal, i.e. once some of the vital functions stop, the slaughter cut is made, i.e. the so-called real slaughter. It sometimes happens that an animal dies as a result of stunning, which causes that we consume meat of dubious quality.

In the Islamic system, this practice is unacceptable. It is considered as inhumane animal treatment, causing additional pain and obtaining meat that is not approved for consumption. Non-halal stunning is often easier and causes less suffering to animals only in theory.

In fact, it only facilitates the slaughterer’s work (immobilizes an animal). What is worse, the modern so-called European or western method is much more brutal. The purpose of the whole HS process and the slaughter made this way is to improve the health qualities of meat (which has been confirmed by current scientific research).

The consumption of meat from carrion of animals that died without proper bleeding and in which the level of stress hormones increased or improperly fed animals (the content of prohibited substances penetrating into meat with the feed) may pose a threat to us. What is more, it lowers the quality of products, which contain more bacteria and other harmful substances affecting our health.

In the meat of “wrongly” (non-halal) slaughtered animals, greater susceptibility to putrefaction is identified. This has also been proven by scientific research.
In this respect, halal slaughter represents proper treatment of animals and care about the quality of products that we consume.

In short, as it has already been pointed out, stunning methods and the slaughter process are related to various critical aspects concerning animal treatment and the later quality of carcasses and meat. And the quality is very important for every entrepreneur (economy of profit) and customer (economy of healthy and safe, tasty food).

In Germany, it has recently been confirmed that the direct slaughter method is more humane for animals and causes less suffering in comparison to conventional methods commonly used in the West. In short, with the use of electroencephalography (EEG) and electrocardiogram (ECG), no significant changes in the brain were observed in comparison to the state before the slaughter.

The research team suggests that animals did not feel increased suffering directly after the cut. The same methods were used to compare the slaughter of cattle with the use of a stunning device with a bolt. Research equipment showed the increase of pain directly after stunning and earlier stop of an animal’s heartbeat after stunning, which additionally resulted in slower bleeding and the worsening of meat quality.

Taking into account all halal slaughter principles and methods, its advantages and disadvantages, it appears that the halal slaughter system is the most beneficial to animals (humanitarianism, protection of animals’ rights) and the quality of meat.

Permanent link to this article: http://briansoft.home.pl/autoinstalator/wordpress/?page_id=2448⟨=en 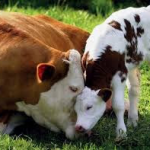 Animals’ well-being HALAL SLAUGHTER AND ANIMAL SUFFERING Humane halal slaughter is supposed to reduce suffering. Halal System requires that people treat all leaving creatures with respect and that their life is protected and their well-being is ensured. Halal System imposes a total prohibition to expose animals to suffering, injury and pain (including mental harassment). Generally, animal slaughter is fully acceptable. It is a form of expressing gratitude to God for an animal that must be killed and sacrificed to people as food. To this end, the person performing the slaughter is obliged to say a prayer, a special supplication, looking at the animal. As a result, …